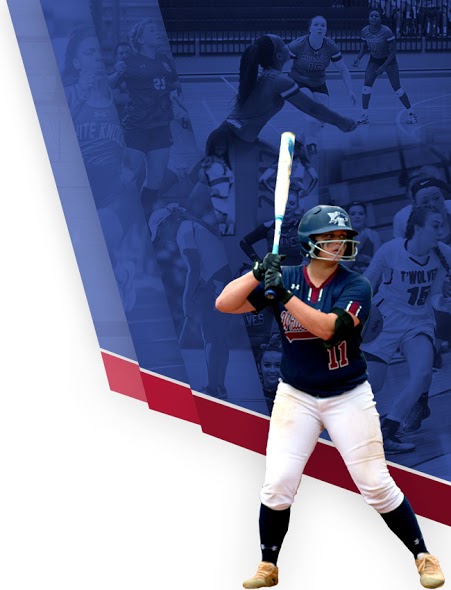 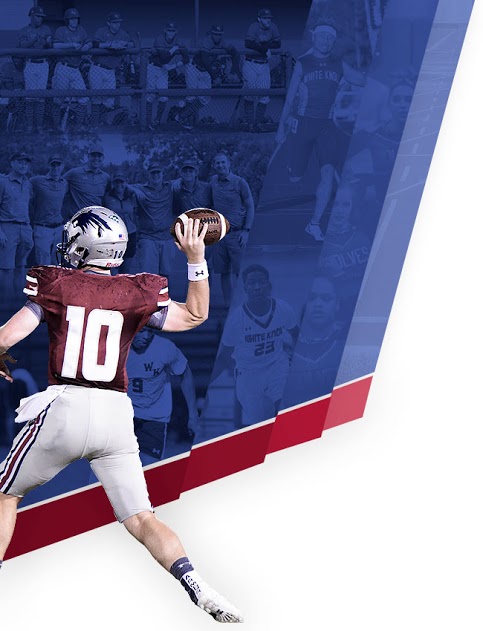 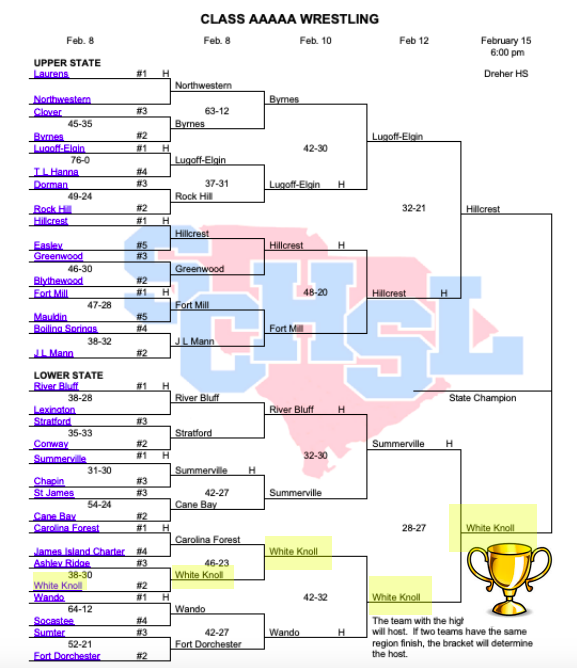 For the first time in school history, the White Knoll Varsity Wrestling Team is Lower State Champs and will be headed to the South Carolina High School League Finals!!! Last night at Summerville was electric! The team won 6 bouts but was able to win 28-27 because no one got pinned. Thank you to all the parents, family members, fans, students, and administrators that came out to support this team.

None of the wrestlers who didn’t win, got pinned and that’s what allowed White Knoll to Win. Great job by all wrestlers at Summerville. Great Team Win!

Next up: South Carolina High School State Finals on Saturday, Feb. 15 at Dreher High School. 5-A Competition begins at 6:00pm. Tickets are $10 at the door.

Please come out and support these coaches and young men! #MakingHistory #ONEPACK